The Quest for the Translation Unicorn

Home » The Quest for the Translation Unicorn

This article was originally published in the TAUS Review.

The Quest for Funding

In February 2015, TAUS CEO Jaap van der Meer published a blog post entitled “The Brains But Not the Guts.” In this opinion post, Jaap van der Meer lamented the European Commission’s lack of courage regarding technology.

What prompted the post: in a swift and unpredictable move, the European Commission decided to put the kibosh on the funding allocated for research in translation technology. Only some of the projects that had been developed over two decades (Moses, Eurotra and Verbmobil, to name just a few) had found a following among a small number of startups. As a result of the European Commission’s decision, Google and Microsoft had the translation-technology field all to themselves: the New World’s innocence and gutsiness had defeated the Old World’s traditionalist mentality.

In more recent news, the European Union issued a tender worth EUR 5.8 million. This represents the EU’s intention to select translation tools and services, as well as test of a number of machine translation systems for eventual purchase.

This raises the question: Which translation organization(s) will have the necessary resources to win this tender? Will it be one “unicorn” translation company or a string of smaller ones?

How to Spot a Unicorn 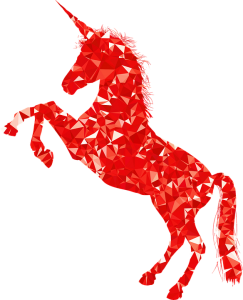 In startup lingo, a unicorn is a private company valued at over $1 billion. According to VentureBeat, one of Mark Zuckenberg’s favourite technology websites, 229 unicorns exist in the wild. This includes AirBnB and Uber. (Facebook, by the way, is considered a super-unicorn, even though it’s not a startup anymore.) The highest concentration of unicorns is in the Silicon Valley, although some have been spotted in China (Xiaomi, for example) and India (Flipkart) as well.

The impressive amount of capital is one of the two main characteristics of a unicorn, the second being a new generation of disruptive technology. But consider the abovementioned companies more closely: Is the disruption really technological—or is it more related to new business models?

The Convergence Era Versus the Unicorn Era

Let’s flash back to 2013, when TAUS predicted the future of the translation industry.  You can see the graphic below.

That prediction is now a reality: We are approaching the year 2020 and swiftly entering the Convergence Era, where translation is so embedded in everything we do that it’s becoming almost invisible. 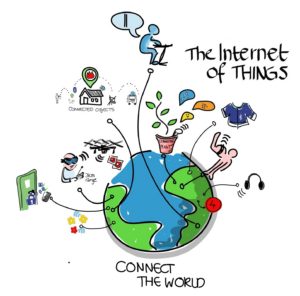 Take a closer look at your everyday objects: You will find a translation functionality on every device, on every screen, in every app. And the choice to translate or not is entirely yours. Did you know that most of the translated words is machine-generated and delivered to you in real time?

Now, with the advent of the Internet of Things, whereby billions of objects (“enchanted objects”, as David Rose from the MIT Media Lab calls them) are connected to one another, translation is fulfilling its potential: becoming an omnipresent, yet invisible bridge between people and cultures.

The European translation industry hasn’t really entered the Convergence Era yet. It is still at the integration phase (around 2010 in our graphic).

At the moment we see technological partnerships being forged in the cloud, through numerous API integrations, which bring, in turn, a good number of benefits – new customer acquisitions, increased revenue, new service offerings and, in some cases, resource sharing – none of which has to do with the much coveted technological disruption.

Unicorns in the Translation Industry?

In the translation industry, the first wave of technological disruption took place some time ago with the development of statistical machine translation – notably, Moses. Google Translate, entering the translation stage in 2007, was the original disruptor that opened the doors to cheap translation available anytime, crowdsourcing and the sharing economy.

The question that is on everybody’s mind is: Who are the unicorns of the translation industry? Can Gengo or Unbabel bear this moniker? Text United, a somewhat older player promising “a new, chaos-free way to get translations for your whole business”? Maybe Say-Hello, a platform where you can “order and receive translations from native speakers around the world”? Localize, boasting clients of note like Uber? Or, again, the Chinese Stepes, billing itself as “the Uber of translation services”?

In reality, the admired Uber business model is a more modern replica of the same old “end client-intermediary-service provider” chain that has been applied for years now in the translation industry.

Tech Tour is an organization whose goal is to champion innovation in the European region and to gather funding and support for the most innovative companies. 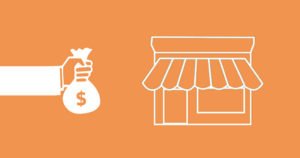 In March 2016, Tech Tour presented a list of the 50 fastest-growing European companies selected among a long list of 151 organizations. Among them, only one belongs to the translation industry. It’s Translated SRL, the Italian company that has given the translation industry technologies like MyMemory and MateCat (developed with EU financial contribution) and the same company that in 2015 was listed on 4033th place by Inc. 5000 Europe’s list of fastest-growing technology companies. A baby EUnicorn, according to VentureBeat.

But the next focus shift is on the European horizon: Business Insider UK warns us that investors are becoming weary of the unicorn bubble and are more interested now in what Caterina Fake, co-founder of Flickr, called the Cockroaches, companies that grow slowly and steadily, build interesting products, keep an eye on costs and add fewer but smarter people to their teams.

We look forward to seeing cockroaches spring up in the translation industry.