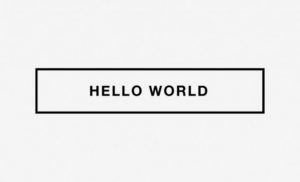 This article was originally published on the TAUS Blog, on January 26, 2015

During a previous interview with Tilde, back in November 2014, we discovered how the Baltic company quietly yet emphatically succeeded in conquering a prominent position on the language technology market with its linguistic tools and withTilde MT, a machine translation service specifically developed for smaller, complex languages like the Baltic, Scandinavian, and Central and Eastern European languages.

Now Tilde is rising above expectations one more time with the Translate 2015 project aimed at supporting the 2015 EU Presidency with a variety of ad hoc applications.

After its independence in 1990, Latvia has undertaken a long – but not too slow – process of European integration, which started in 2003 with the implementation of the Schengen area agreements, continued with the entry into the European Union in 2004 and culminated with the adoption of the Euro as the country’s currency in 2014.

The first semester of 2015 will be Latvia’s most important involvement with the European Union with the EU Presidency. “The Presidency is obviously incredibly important for Latvia,” comments Rihards Kalniņš, Tilde’s International Development Manager. “It’s Latvia’s chance to be on Europe’s central stage, to showcase the country and participate in shaping the EU agenda for the coming years.”

In the land of multilingualism

Multilingualism is the hallmark of the EU, and it comes as no surprise that Latvia feels perfectly at home: At least 95% of the Latvian population is bilingual while 54% is trilingual (Latvian, Estonian and Lithuanian). And although the business world is becoming more and more imprisoned in English, and Latvia can boast an excellent 14th place in the EF English Proficiency Index, Latvians are very proud of their culture and protective of their own morphologically rich language.

Not for nothing, Riga was also the European Capital of Culture in 2014.

For this reason, the EU Presidency represents a proud moment for Tilde. Rihards Kalniņš: “This is a great chance for our language technology to serve as a multilingual communication tool.”

Building on previously developed e-gov solutions, Tilde created an MT system for translation from Latvian into English and vice versa specifically for the EU Presidency. The result is a statistical machine translation system that underwent the linguistic adjustments necessary when working with morphologically rich languages like Latvian.

To adapt the system, Tilde has analyzed EU documents to add the necessary terminology and developed an ad hoc technology that teaches the machine translation system to use the right terminology in the right inflectional form. Tilde had already addressed all these challenges in the past with excellent results.

Tilde also translated its MT technology for Latvian <> English into a suite of tools: A desktop app instantly translates texts, full documents, and websites; mobile apps for Android, Windows Phone and iOS take care of the translation of words, phrases and short texts; and a MODERN Translate 2015 app for Windows 8.1 includes a touchscreen functionality.

Rihards Kalniņš: “The system powering the EU Presidency Translator is the Latvian public sector’s machine translation service, developed by Tilde and completed in late 2014. Therefore all translations are secure, as documents are securely translated on the Latvian public sector’s internal infrastructure. The system itself provides the world’s highest automated translation quality for Latvian, as shown by comparative evaluation results with Google Translate and Bing Translator.”

Predictions are for real

In 2013, TAUS predicted that translation was going to become a utility. Now Tilde is one of the first companies to transform this prediction into reality.

At the 2015 EU Presidency headquarters in the Latvian National Library, two freestanding machine translation kiosks – almost 2 meters tall – are at the disposal of international journalists and EU delegates.

Not only do the kiosks allow users to translate any kind of text, including entire websites, on the fly with a touchscreen interface; they also provide a list of key local media sites, with the relevant links, and a digital encyclopedia. A foreign journalist who wants to interview someone, for example, can look up and collect all the necessary information on the interviewee, as well as other subjects related to Latvia, while a foreign delegate can see how his or her speech is reported in the local news.

The Translate 2015 project comprises tools that, in Rihards Kalniņš’s words, “Can help unlock the Latvian language” and will be beneficial in the tasks envisaged for the Latvian EU Presidency. In addition, the EU Presidency Translator will be showcased at important Presidency events, including the Riga Summit on the Multilingual Digital Single Market in April and the Digital Agenda Assembly to be held in Riga in June.

After June 2015, other countries will follow in the European Presidency. It will be interesting to see whether – and possibly how – they are going to integrate MT in the everyday tasks and whether they will be able to leverage the innovative power of Latvia.