#SmartReads on the Translation Industry, 2-2017

Home » #SmartReads on the Translation Industry, 2-2017

This is #SmartReads 2-2017 on the Translation Industry, a digest of interesting, popular or unusual articles and news on the translation & localisation industry. If you want to be notified every time a new digest is available, please subscribe here.

Do you have any good news to share? Just drop me a line.

Fact or Fiction? Hype or Reality?

How do we translation professionals present ourselves to the outside world? How do we market our services? What aspects do we highlight and what stories do we tell? 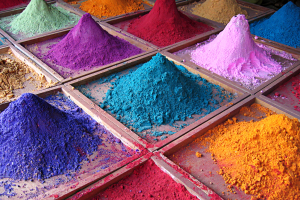 The Wikipedia entry recites: “Transcreation is a term used chiefly by advertising and marketing professionals to refer to the process of adapting a message from one language to another while maintaining its intent, style, tone and context.”  Search in Google and you’ll find dozens of web pages explaining the role of transcreation in marketing communication.

Back in January of this year, Welocalize published two articles about the role of transcreation in digital marketing. The first article analysed transcreation in a localisation perspective using the rather fancy term of linguistic copywriter.

For the linguistic copywriter, it’s about getting the balance right. We need to whip information, entertainment, emotion and reason up into a stimulating cocktail. Using the right words in the right order you can create the vehicle to deliver your message and encourage engagement.

The second article discussed transcreation in various industries, including those sectors where transcreation allegedly shouldn’t have a place (think technical communications and regulatory materials).

In between these two pieces, Gabriel Fairman, CEO at Bureau Translations, published an article on LinkedIn with the title “Why transcreation is the biggest lie ever sold to the translation world“. Here is the incipit:

Transcreation is the term used in the translation community to refer to marketing translations that are less literal and require a higher level of adaptation and creativity to satisfy target audiences. The term is catchy, trendy, romantic and a big fat lie.

Fairman’s article received 168 likes, 61 comments and 25 shares. It’s worth reading it, including the comments. 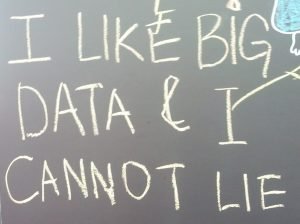 Let’s go back to Wikipedia and the entry on Big Data: “Big data is a term for datasets that are so large or complex that traditional data processing application software is inadequate to deal with them“.

If you read the excellent “Big Data: A Revolution That Will Transform How We Live, Work and Think” by Viktor Mayer-Schönberger and Kenneth Cukier, you might be already aware of the main aspects of Big Data.

The term Big Data gained momentum around 2009 when some experts started mapping the three main characteristics:

Big Data can be analysed for insight, to make strategic business moves and help (or guide) the general public.

Last year, in various corners of the translation industry some started talking about translation Big Data, referring not just to the more traditional repositories – like translation memories and term bases – but also to translation project data and all the metadata you can imagine.

A brief historical note: TAUS had already made an early start on the datafication of the translation industry in 2008 with  TAUS Data Association, founded in cooperation with 45 international companies. From the beginning, the TAUS Data Cloud was meant as a neutral and secure repository platform for sharing, pooling and leveraging language data.

The questions we should ask ourselves are: Is translation data really Big Data?  If your answer is yes, are you ready to share your translation data (language or otherwise) with your competition? Some say “Absolutely, yes”, others are not convinced.

Here’s some reading material coming from both sides.

Kirti Vashee, Are There Any Standards in Translation

Luigi Muzii, The Problem with Data and The Obscure and Controversial Importance of Metadata

For a more human view of the world of data, try the book by Martin Lindstrom “Small Data: The Tiny Clues that Uncover Huge Trends“. You won’t find business strategies in it, but you’ll gain interesting insights on human behaviour.

NMT: The End of the Translation Industry as we Know it?

The NMT hype is now a fact and, like in the case of Big Data, there are many enthusiastic supporters and many who are still cautious.

Here is a selection of articles on this topic:

Maxim Khalilov, Neural Singularity: Why, How and How Much

Antonio Toral, Which Are the Strengths and Weaknesses of Neural Machine Translation?

You can try and compare statistical and neural machine translation here – courtesy of Microsoft.

[ADDENDUM: Tom Hoar, CEO at Precision Tools, sent me the links to two of his articles related to Big Data and NMT: 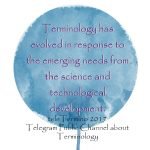 In the previous #SmartReads I mentioned TeleTermino, the Telegram channel on all things terminology launched by Besharat Fathi. Besharat has now started a blog, Terminosophy, where you should hang out if you are a terminology and/or language lover. 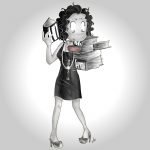 Are you having a hard time making a case for terminology with your clients? Patricia Brenes, ECQA certified terminology manager and blogger at In My Own Terms, has generously compiled a document titled “The Benefits of Terminology: A Guide for Language Lovers“.

Patricia’s blog is also a treasure trove of resources on terminology. And if this is not enough, for the third year in a row she is holding a raffle. Sign up and you’ll have the chance to win a book on terminology.

If You Love a Word, Adopt it

In 2007 Erin McKean, a lexicographer and editor for the Oxford American English Dictionary, gave a TED Talk on the joys of lexicography. Her objective was clear even for a layman: the creation of an online dictionary collecting not only all the traditionally accepted words and definitions, but also new words and new uses for old words. Her talk became a huge success.

Wordnik.com is now the world’s biggest online English dictionary by number of words. Example sentences are pulled from major news media and from books available in the public domain (Project Gutenberg and the Internet Archive), as well as from other sources across the web, including less conventional ones, like blogs. The website also offers all sorts of information on the aboutness(*) of each word: synonyms, hypernyms, hyponyms, words used in the same context, a reverse dictionary, and tags.

In 2015, Wordnik.com launched a successful Kickstarter campaign to add one million missing words to the dictionary. Although the campaign is now closed and the Wordnik team is hard at work, you can still contribute to the project by adopting the word(s) that you love most. (Yes, I donated to the Kickstarter campaign and for a short while even helped with the search for free range definitions.)

Personally, I would love to see more projects like Wordnik in other languages. #wishfulthinking 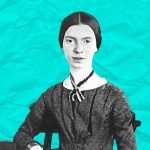 Mr. Krim was a tax attorney whose specialty was corporate law/interstate commerce. Mrs. Krim was Mr. Krim’s wife with a reputation for being “generous” – “active” – “involved” – in the suburban Village of Golders Green. Together they drove to the mammoth New Liberty Mall twenty miles away where there was a RepliLuxe outlet. This was primarily a catalogue store, not so very much more helpful than the Internet, but it was thrilling for the Krims to see sample RepliLuxes on display in three dimensions. The wife recognized Freud, the husband recognized Babe Ruth, Teddy Roosevelt, Van Gogh. It could not be said that the figures were “life-like” for they were no taller than five feet, their features proportionately reduced and simplified and their eyes glassy in compliance with strict federal mandates stipulating that no artificial replicate be manufactured “to size” or incorporate “organic” body parts, even those offered by eager donors. The display RepliLuxes were in sleep mode, not yet activated, yet the husband and wife stood transfixed before them. The wife murmured with a shiver, “Freud. A great genius but wouldn’t you be self-conscious with someone like that, in your home, peering into . . .” The husband murmured, “Van Gogh. – imagine, in our house in Golders Green. Except Van Gogh was ‘manic-depressive,’ wasn’t he, and didn’t he commit . . .”

You can read the rest here.

The TAUS editorial team is offering a 50% discount code on the TAUS Translation Technology Landscape Report 2016.

If you’re interested, go to the TAUS report page, choose PURCHASE REPORT  and follow the instructions. To receive the discount, enter the following code