Mirai Translate: An unforeseeable but exciting future for MT in Japan

Home » Mirai Translate: An unforeseeable but exciting future for MT in Japan 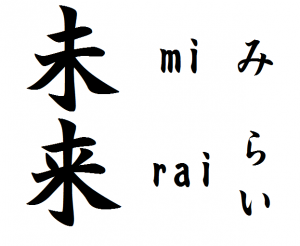 This article was originally published on the TAUS Blog, on October 3, 2014.

The business week that just ended started with the announcement of a new translation company, Mirai Translate, an Asian joint venture between NTT DoCoMo, Systran International, and FueTrek. For those who in these last few days didn’t catch up with the news, here is the official press release of this new adventure in translation technology.

Alternatively, you can read our take underneath.

The Japanese telecom company NTT DOCOMO is the major investor in this deal with 51 percent of the shares. Besides providing secure mobile services to over 63 million mobile customers, DOCOMO has been offering translation services for some time now, including Hanashite Hon’yaku, an Android app released in 2012 that provides voice translations of one-on-one conversations in some 10 languages. In April 2014, the company won the TAUS Excellence Award at the TAUS Tokyo Executive Forum for its Translation Glass, a simple eyewear device that lets users read a restaurant menu in a language of choice.

As you probably recall, right after the Tokyo Executive Forum, TAUS wrote about the necessity for translation in Japanese society, both from the point of view of foreign visitors and hosts, and how this need is leading innovation. And if we need to pinpoint a precise moment in time, we can probably say that things started gaining momentum just then, in April 2014, when the National Institute of Information and Communications Technology(NICT) launched a Global Communication Plan to harness the Japanese technological creativity and create a multilingual speech translation system meant for a wide implementation in the medical, touristic and financial sectors, as well as for disaster prevention. We don’t know the amount of this investment, but the objectives are clearly defined: cracking the walls of words (in view also of the 2020 Olympic and Paralympic Games that will be held in Tokyo) and improve the overall Japanese presence in the global economy. “MT has just become a buzzword here in Japan,” said Dr. Minoru Etoh, Senior Vice President of NTT DOCOMO and also now President of Mirai Translate, in an interview to TAUS CEO, Jaap van der Meer.

With a capital of 990 million of yen (roughly US$9,150,000) and approximately 15 employees, the newly born Mirai Translate will start operations this month and is set to contribute to the abundance of technological innovations on the Japanese market. “Fortunately or unfortunately, most Japanese don’t speak other languages and we have some 16 million outbound travelers, from Japan to the rest of the world. Most of them visit China, Korea, Singapore, South East Asian countries in general. Because of these language barriers we thought it was high time for us to further explore machine translation,” continues Minoru Etoh.

The initial goal of the company is the development and marketing of high-quality machine translation services between Japanese, English, Chinese and Korean, with other Asian languages to be added in the future.

The emphasis on high quality might sound greatly optimistic, but it needs to be said that the company will be able to draw upon what Minoru Etoh defines “the best bucket of technology assets on the Japanese market”: the multi-language data-driven machine translation engines developed by the previously mentioned NICT and the machine translation technology based on natural Japanese-language processing technology developed by Nippon Telegraph and Telephone Corporation (NTTC), in combination with Systran International hybrid engines, which, according to Minoru Etoh, “have proven ideal for business document translation”. To strengthen this combination of technologies, the Korean and Chinese machine translation functionalities will soon be enhanced to the Systran asset. Minoru Etoh is certain: “In terms of quality and quantity of corpora for natural language conversation between Japanese and other languages, I believe the NICT will produce the best data.”

From a business perspective, Mirai Translate will provide customized machine translation engines for, among others, the financial and medical segments. “Such a customization is what differentiates us,” he says.

What’s on the horizon for the company after the Olympics of 2020? “If in 2020 machine translation quality will be comparable to that of human translation, and I think it will be, we will have completely new services which we cannot anticipate at this very moment. The future is unforeseeable.” But that is in Mirai(*) Translate’s name.

Soon there will be more interesting news coming from Japan. Just watch this space.